Rensselaer Polytechnic Institute is honored to be a member of Project Pericles, a consortium of 31 colleges and universities committed to incorporating civic engagement into their core educational mission. Rensselaer students and alumni address the global challenges facing the 21st century—to change lives, to advance society, and to change the world. Civic engagement has been integral to Rensselaer's mission since its beginning in 1824, when Rensselaer sought to apply science to the common purposes of life. This is examplified by alumnus Washington Roebling whose design of the Brooklyn Bridge provided a direct connection between the massive population centers of Brooklyn and Manhattan changing the course of New York City forever.

Project Pericles is a not-for-profit organization that encourages and facilitates commitments by colleges and universities to include education for social responsibility and participatory citizenship as an essential part of their educational programs, in the classroom, on the campus, and in the community. This learning experience is intended to provide students with a foundation for social and civic involvement and a conviction that democratic institutions and processes offer each person the best opportunity to improve the condition of society.

Debating for Democracy (D4D) is a distinctive campus-based program that represents the mission of Project Pericles in action. On each campus, Periclean students research, develop, and advocate their opinions and positions on current public policy issues. The goal is to inspire and encourage all D4D participants to become successful and resourceful advocates in their community. Student participants learn concrete tools for successful organizing and advocacy, identify strategies for making change, develop effective messaging, and build relationships to support and sustain their work.

Student leaders from each participating Periclean college and university compete nationally in a juried advocacy letter writing campaign in the spring each year, and students whose letters are judged to be the most effective are awarded cash prizes to advance their causes. Rensselaer students and student groups interested in participating in the national competition, must first be chosen by a panel of judges on campus to move their letter forward. Contact Cynthia Smith, Project Pericles Director at Rensselaer to indicate interest in participating in the competition.

2018 Debating for Democracy Competition Guidelines - Letters to An Elected Official

OVERVIEW: Debating for Democracy (D4D)™ inspires students to become successful advocates in their communities. To encourage engaged citizenship, Project Pericles requests original letters to elected officials from teams (two or more students) at Periclean colleges and universities. A panel of judges will select the winning teams for the 2018 D4D competition.

Five teams from five different colleges will win $500 to work on their issue.

ELIGIBILITY: A student must a) be a full-time undergraduate at a Periclean campus; b) be a first, second, or third year student as defined by their college or university during spring 2018; c) write and mail a letter to an elected official, and d) provide a project proposal. Students must be returning to campus for the 2018-19 academic year to ensure that winning teams can work on their issues.

Students will be expected to carry out significant advocacy and educational activities to advance their issue during the 2018-2019 academic year.

JUDGING CRITERIA: The evaluation of each submission will rest on the students’ success at conducting high quality policy analysis and research; clarity of presentation; and adherence to the rules detailed below. All submissions should include a project proposal that describes how the team would use an award to advance their issue.

Policy Analysis and Research: The most important aspect of the letter is the quality of the analysis and research (55% of the evaluation). The evaluation will rest on each team’s success at identifying a federal or state policy problem in their letter, proposing a solution to the problem they identified, and conducting and interpreting research to bolster their letter.

Clarity of Presentation: The ability to write a clear and compelling letter will be considered. In addition to a logical argument, persuasive letters include a narrative about how the issue impacts the authors or other constituents (30% of the evaluation).

Quality of Related Project Proposal: The project proposal should not exceed two pages and should present the authors’ strategy to have a meaningful impact on the topic they tackle in the letter. As such, the proposal should clearly outline how students would use the $500 award to instigate positive change (15% of the evaluation).

In all cases, the goal of your project should be to advance your issue. Campus events should have a tie-in to an “ask” in which you request that your fellow students or community members take an action, such as contacting their elected officials, that will advance your issue.

The award should be used for activities to move your issue forward. You are encouraged to think outside the box and come up with other ideas and suggestions. Possible uses may include, but are not limited to, advocacy and educational activities, such as advocacy trips, workshops, and other campus activities.

Typical uses of funds include, but are not limited to:

“Letters are an extremely effective way of communicating with your elected officials. Many legislators believe that a letter represents not only the position of the writer but also many other constituents who did not take the time to write.” American Civil Liberties Union (ACLU)

In the letter, students must identify one national or state public policy issue to be addressed and analyze how this problem impacts them personally, people in their community, people in their state, and, if a federal issue, people across the United States. In the letter, students must recommend at least one legislative solution. The students may recommend an original legislative solution (fund a NASA mission to Jupiter) or they can support or oppose a portion of a bill that is currently pending before Congress or their state legislature. In both cases, the students must support their solution with data and examples from at least two outside sources (books, journals, reliable internet sources) and discuss why their solution is better than other options. All outside research must be properly cited.

Please keep in mind that legislative staff members are reviewing hundreds of pieces of mail each day. Explaining the personal significance of an issue for the authors or other constituents and making an emotional or values based appeal can be part of writing a persuasive letter.

The following resources will assist the student in writing their letter: 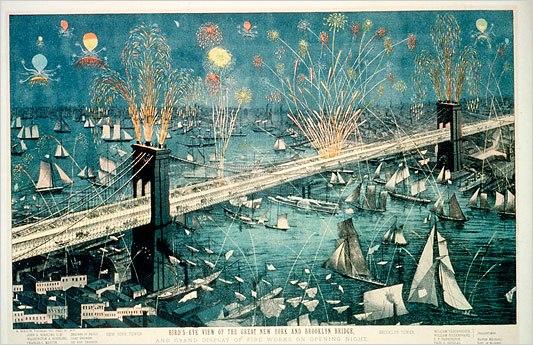